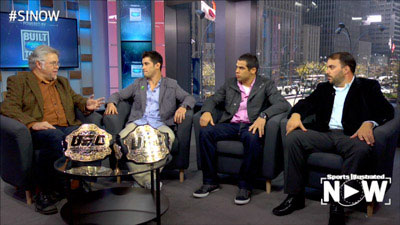 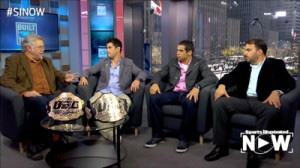 In a press tour for the UFC event in New Jersey (UFC 169), I served as a simultaneous/consecutive Portuguese interpreter for the Interim World Champion on the Bantam Weight Division, Renan Barão.

I was not told I would be interpreting on live TV nor was I given any type of script prior to going on camera, but in a situation like this I am happy for being able to count on my experience to help me through this assignment.

The following day we attended a conference at Madison Square Garden in New York City, to participate in a lively discussion of NY laws that prohibit professional MMA fights in the State. During this assignment I was interpreting simultaneously for Renan Barão and José Aldo, while we listened to presentations and discussions by key figures of the UFC and US lawmakers.