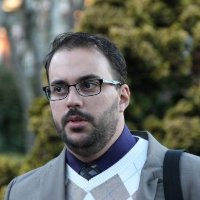 Everton Morais – Experienced Translator and Interpreter - Specialties: Business Meetings, Personal Injury Law, Politics, Construction and Religion.An experienced and talented Portuguese Translator and Interpreter, who values punctuality, accuracy and efficiency. Years of collaboration have forged a skillful team-worker driven to succeed not only in the literal interpretation of words, but also in communicating the concepts, thoughts and feelings involved. Passionate about the field of Portuguese translation and motivated by the opportunities to learn with the diversity found in every new job. In addition, my experience as a freelancer has increased my ability to prioritize projects and allocate time accordingly.I was already a Portuguese translator and interpreter before I even realized there was a segment of society willing to compensate someone with that skill. Interpreting has been part of my life for over 19 years. As an immigrant to the United States, I often found myself interpreting in some common settings such as family gatherings and school. As time went on, things became more serious when I was asked to simultaneously interpret the sermons and a few wedding ceremonies at my local church.

With more than 5 years of experience as a Conference Portuguese interpreter, I became a well-rounded professional in the translation and interpretation industry. From politics to religion, from legal depositions to medical appointments, from business meetings to ad campaigns, from wedding ceremonies to Ultimate Fighting interviews, my experience in the field has provided me with an opportunity to learn about many different industries, some more mainstream while others are quite unconventional.

The fact that I am often faced with the task of learning the vocabulary of a new industry (in two different languages), has forged in me the ability to be resourceful and flexible, both as a Portuguese translator as well as an interpreter.

Over the years I have also learned that there is a shortage of European Portuguese interpreters around the New York Metro area, but thanks to the fact that I grew up around Portuguese communities, I am fully capable of interpreting into and from European Portuguese. Only hard earned experience can teach an interpreter when to be literal, summarize, translate a joke, or further explain a word or comment; every situation calls for a specific mode and approach, knowing when to use which one is the key to a stellar performance.

I was born and raised in Brazil until the age of 13, when my family moved to the United States. I attended 8th grade and High School in New Rochelle, and received my BBA in International Business from IONA COLLEGE, also in New Rochelle.